This is for me, but you’re welcome to read along, Friend! 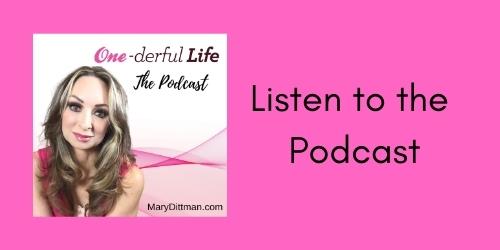 How many times have you said (to yourself or to others), the next time X happens, I’m going to Y.  And then you don’t follow through with Y.  You draw a line in the sand, and then you step back and draw another line.

There are many good books on boundaries.   One of my favorites is Boundaries by Dr. Henry Cloud and Dr. John Townsend.  They have several follow-up books, including Boundaries in Dating, which I highly recommend.

Setting a boundary is easy.  It’s being willing to deliver the consequences for a boundary violation that can be difficult.  Especially if the other person pushes back.

I don’t have children, but what I’ve learned from my friends who do is that when a 5-year old is having a screaming fit, you can’t give in to them.  Even though you want to if it will make them be quiet.  Especially when you’re in the middle of the grocery store.  But what you have to do is take them outside, put them in the car, and take them home with no ice cream.

If you give in, you train them that temper tantrums work.  That’s not good for the parents, but it’s especially bad for the child.

Boundaries have been a huge issue for me in all of my relationships - especially dating relationships.  I have always wanted to be married, and many times my desire to end being single caused me to allow my boundaries to be poorly defined (or not defined at all) and poorly defended (or deserted altogether).

One time, I was dating someone and we had a date planned for a Sunday evening.  I wasn’t feeling well - I had a splitting headache and was extremely hormonal.  I wanted to go to my afternoon yoga class, then lie on the couch and go to bed early so I would feel better for work the next day.  I called the guy and told him I wasn’t feeling well and that I wanted to stay home alone and chill.

He countered that he really wanted to see me and he “needed to talk to me.”  I said we’d have to talk some other time.  So far, so good.

Then he started in on wanting to know if I was dating others.  It turned into a very complicated conversation.  I should have said we would talk more later, but instead I gave in and said, “Let’s just go ahead and go out and talk about this in person tonight.”

And then I felt resentful towards him, which was unfair because I was the one who had violated my boundaries!

Another time, it was getting late and I told him I wanted to end the evening and he pleaded for “just another 20 minutes.”  Again, I caved.

What he learned from this was that if he argued with me, I would give in.  This led to more boundary violations.  Again, I don’t blame him for this - I take sole responsibility for my lack of boundaries.

By the time I told him I “needed some space” to consider moving forward, his response was to blow up my phone all day every day because he had learned that my words had little value in the area of boundary-setting.

When you set a boundary and it is not respected, that is a signal that the person doesn’t respect you - they want to control you.  However, it is up to YOU to recognize that and take action.

Defending your boundaries doesn’t always feel comfortable - it can be difficult.  Especially if you’re not accustomed to doing so.  But if you don’t respect your own boundaries, why would anyone else?

But, just like you can’t let the toddler learn that tantrums are effective, you have to teach yourself (and others) that boundary violations aren’t loving.  It’s not loving to let someone else behave in a disrespectful way. You have to show them a different way to act with you.

Having healthy, intact boundaries is now part of my One-Derful Life.  It’s how I stay centered and grounded, which helps me feel peaceful and able to enjoy my life.

By the way, if you’re trying to heal from a broken heart, check this out.

Question: Do you struggle with defending your own boundaries?